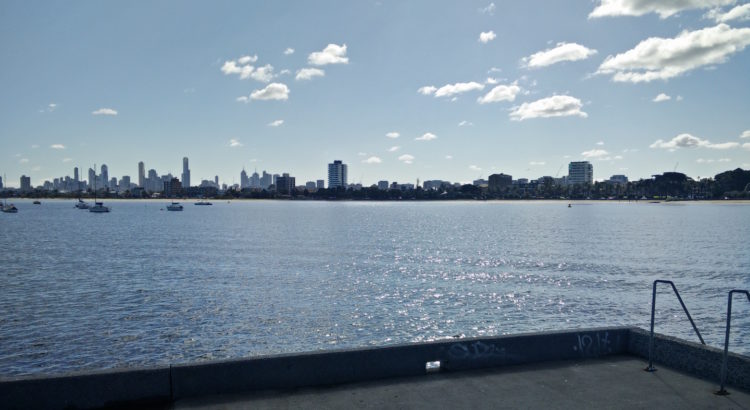 There’s never been a more exciting time to take day trips to Melbourne.

Some months ago, I saw on OzBargain that Tigerair was doing one of its typical promotions — $18 flights from Sydney to Melbourne. Having never been to Melbourne at the time, I pounced and bought a ticket. At that price, I thought, I could afford to write it off if I can’t make it.

A change of plans

Months had passed and I had forgotten about my booking. However, last week, the ever reliable Google Now eagerly reminded me of my “upcoming Melbourne trip”. That’s when I looked at my flight details again and realised I had a problem with my return flight on Wednesday. Unknown to me at the time of booking, this semester, I have classes to attend on Tuesdays.

The solution? I’ll do a day trip and take the Melbourne-Sydney XPT train to return. I had already purchased a NSW TrainLink Discovery Pass which allows unlimited travel on the NSW regional train network but had never done the Melbourne/Sydney run.

A quick tip for people who are planning to redeem only part of your plane ticket: all Australian airlines I’m aware of require you to start your journey with the first flight in your itinerary when you booked. In my case, for example, I could not have taken a train to Melbourne and returned on the Tigerair flight.

Saturday night, I booked the last available seat on a packed Melbourne-Sydney XPT and by 5:40AM the following morning — I was off to the domestic airport on the bus route 400 (the route that basically goes everywhere in the Eastern Suburbs).

As is customary for typical Uni students, I opted for a quick breakfast at the recently refurbished McDonald’s in the T2 terminal. I got myself a tomato and ham pocket which was far slimmer than advertised and a bacon and egg mcmuffin laced with bonus egg shells. Yum.

As you would expect with budget airlines, the seats are tight. Fortunately, the flight was short and with my slim build the journey was painless enough.

Plus, since I had originally booked the flight with a friend who couldn’t make it, I had a spare seat next to me. That was a nice bonus!

Those who travel to Melbourne frequently would know that the SkyBus is pretty much the only way to get from Tullamarine to the CBD (alternatively, you could get a cab).

Normally priced at $19 one way, the bus trip costs more than flight itself. However, in an unlikely coincidence, SkyBus was launching its St Kilda Express on the same day. For the week, the company will make the bus service free of charge as an introductory promotion.

* for a limited time pic.twitter.com/gOFFklKQRk

The bus arrives once every hour during the weekend and takes you directly to St Kilda. However, the timetable probably requires some tweaking. Upon arrival at the first stop in St Kilda (Barkly Street), the bus arrived 10-15 minutes earlier than scheduled.

Since the bus acted both as pick up to the Airport and set down from the Airport, we had to wait for the timetabled departure so we didn’t miss picking up any passengers.

myki travel in Zone 1 is capped at an affordable $6 on weekends. While one can say this is not as good as the $2.50 Sundays on Opal, I would have to say that Melbourne definitely has a more convenient public transport system than Sydney.

The convenience of the tram system and no-penalty multi-modal transfers means I don’t have to think twice about switching between trams, trains or buses for that matter.

For those readers who have been following the NBN debate for some time, you may be aware that the copper network in Williamstown, Victoria might not be that great. The “soggy copper” in Williamstown, as our former communications minister Senator Conroy puts it. nbn has recently began construction in the area, so I thought I’d drop by for a look to see if I can spot some nodes.

So I’m dropping by “soggy copper” heartland to try to do some #NBN node spotting… But there weren’t any in sight ? pic.twitter.com/57COJ6XhPp

Disappointingly, there was no NBN nodes in sight despite the area being in build. I did spot some recently remediated Telstra pits though.

This was the first time I’d done Sydney to Melbourne trip. Surprisingly, the train was basically fully booked. As a regular commuter on the North Coast Line, this was an unusual sight — I rarely see a fully booked train.

Wow. Fully booked out. Is there something happening in Sydney? pic.twitter.com/m5EdLAJjY2

On time and as expected, the train departed at 8 from one of the few platforms in Southern Cross station which had dual gauge lines (Platform 1).

Few things to note there:

Costs aside, it was really nice to have a day off to relax a bit and explore the beautiful city of Melbourne.