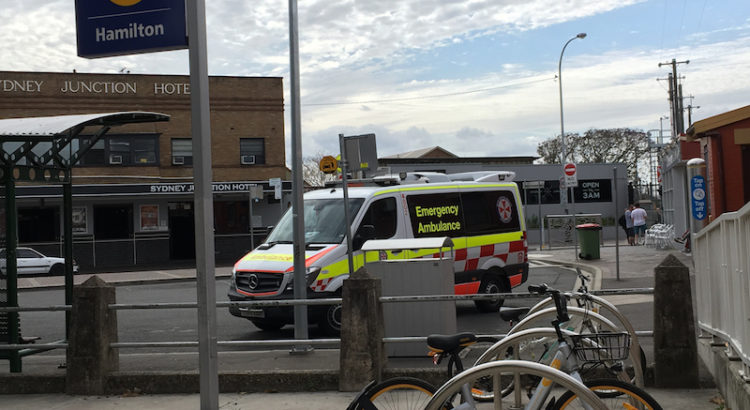 I took one to Newcastle for a spin to find out

FYI – this post has been sitting in my drafts since October last year. Thought I might as well publish it now 😂

If you live in Sydney or Melbourne, I’m sure you would have seen one of those dockless sharebikes by now. If not, you’ve certainly seen them featured in the news for ending up in the Yarra or up a tree.

One day, I had a thought:

i wonder how far i can take an obike

say i took it on an intercity train to, i dunno, katoomba

So, that’s what I did. Not to Katoomba as I had originally tweeted, but to Newcastle.

One afternoon in October last year, I rode a bike parked near Central Station onto a NSW TrainLink V-set (#purpletrain) bound for Hamilton (Newcastle). Once on-board, I parked it in the designated public parking spot on the train — labelled clearly in the vestibule area — and locked it.

About 3 hours later, the train pulled into Hamilton Station (the terminus of the Central Coast & Newcastle Line at the time). I unlocked the bike and took it for a quick spin around the block. One thing I was glad to see was the presence of dedicated bike lanes near Hamilton Station!