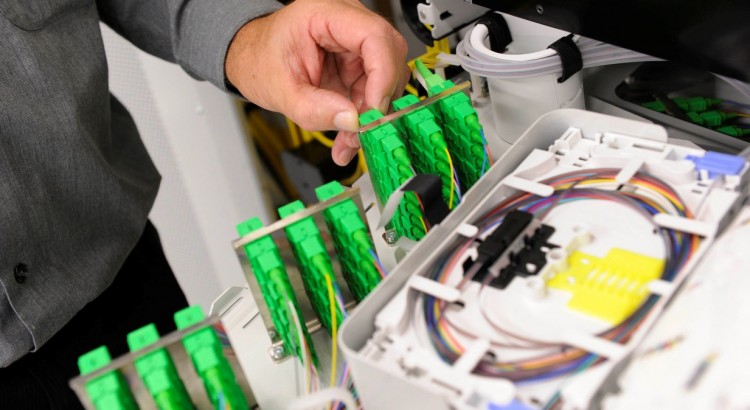 By actively discouraging users and downplaying the need for high speeds, nbn’s media strategy is killing its own business case

(opinion) The national broadband network is all about bringing ubiquitous, high-speed broadband to all of Australia — regardless of where you live.

However, with the shift to the multi-technology mix and in the introduction of the Fibre to the Node technology into the network — nbn is doing its best to downplay the importance or the need for speeds beyond 25 Mbps download in order to justify its technology-of-choice.

Yet, as the company reveals itself, it will rely heavily on these downplayed high-speed users 5 years time in order to meet the required revenue targets to make their Multi-Technology Mix work.

By the end of the rollout, nbn expects more customers will take up the 100/40 Mbps speed tier than any other speed tier on the national broadband network. (nbn has only provided FY2021 figures here, but end of rollout is expected to be the end of CY2020)

According to their own figures provided at Senate Estimates this year, 30% of all fixed-line customers are expected to take up the 100/40 Mbps tier followed closely by 29% taking up the lowest tier — 12/1 Mbps.

(N.B The following calculations assume a 100% take-up.  While the latest corporate plan only assumes a 73% take-up, magnitude (and weighted %) should not be materially affected.)

The expected revenue in the 100/40 Mbps tier is expected to be double of the next highest tier in revenue terms — the 25/5 Mbps.

While magnitude of pricing may be altered due to pricing changes and lower overall take-up, assuming take up profiles are met — the importance of promoting higher speed plans cannot be understated.

If nbn knows what’s good for them, they shouldn’t be focusing energy on discrediting the need for speeds beyond 25/5 Mbps.  Those are simply short-term political defences which could eventually harm the revenue capabilities of the company in the long term.

This is a substantial downgrade in forecasts and it seems the only explanation that nbn is giving is that there is not current demand for speeds above 100/40 Mbps:

“… the services that we sell, 80 per cent is 25Mbps or less, yet we offer up to a gigabit per second … this is an indic­ation, right, of what people actually are willing to pay for and what they really need.”

Market is speaking in Aus. Of a >1m who can have Gbps speeds today, less than 30 have taken up @gpaddymanning #ABCRN #ActionsNotWords #nbn

Yes, the company is using current take-up information to model demand in 2020.  It seems nbn might be having some trouble understanding the broadband demand and the market in Australia.

Are executives aware that there are currently no service provider who provides speeds above 100 Mbps on a residential connection? (There are 100/100 Mbps symmetrical plans using the 250/100 tier)

There is a few reasons behind this, but firstly, nbn‘s own CVC pricing is the key inhibitor in enabling these services.  Saying “market is speaking in Australia” but not recognising they are they key inhibitors in the market is a bit of a self-fulfilling prophecy — right?

You might as well jack up all nbn access costs to a million dollars per user and say: “The market is speaking! By 2020, no Australians will want any broadband from nbn!“.  It will most undoubtedly be a true statement if the company decided to go with it.

We also need to understand the extreme costs of buying backhaul to the nbn Points of Interconnect ruled by incumbent monopolies.  Plus, there’s the high cost of IP transit in Australia (that’s the cost of connecting to the actual Internet) compared with places like the US or UK because of the large bodies of water that separate us from the rest of the world.

However, market competition means that the latter of the two (backhaul and IP transit) will likely fall as demand increases.  But CVC costs?  That’s entirely controlled by the nbn as it’s not a competitive market.

So whether or not Australia will want gigabit speeds is almost entirely dependent on nbn, and judging by the tone used by this management, it seems they neither want to promote the speed nor get the revenue — which is a pretty stupid strategy in my opinion.

Stop dissing users who demand high speeds.  As a taxpayer who’s tax dollars are being used to fund the project, I want it to succeed in the long term — not just politically in the short-term.

According to your own numbers, the take-up of higher speed services is paramount in ensuring the return of investment to the Government and in turn, the taxpayer.

Saying there is no demand for speeds beyond 100/40 Mbps is another one of those dangerous, broad statements that reflect the short-sightedness of the company.

When telcos worldwide are spruiking to their customers about the wonders of gigabit connections, we are special in Australia.  We are somehow unworthy, and “unneedy” of these higher speeds.

Let’s play common sense, and promote things like any sane, commercial company would.  After all, we all just want this investment to succeed.