Every election, the AEC releases what are effectively digitised versions of every single “formal” Senate ballot paper in the election.  This year, NSW’s dataset is a 1.06GB CSV file.

Since the Senate voting rules have changed, I thought I’d have a bit of fun and take a look at how well Australians (specifically NSW voters) followed these new rules.

Let’s take a look at the NSW breakdown of formal Senate votes:

Voting below the line

The new voting rules made it easier for voters to vote “below the line”.  Not only did voters not have to fill in every single box on the paper, the savings provisions are more generous than ever making more incorrectly filled ballots considered “formal”.

Voting only ‘6’ below the line: Many voters also got confused with the 6 “above the line” or 12 “below the line”.  Around 2.5% of NSW below the line ballots were only filled to the number ‘6’, rather than the ’12’ which was prescribed by the AEC^.

Overall compliance: Having said all of that, 96.7% of NSW “below the line” voters followed the instructions correctly and placed a number ’12’ below the line.

It was reported that many voters were advised to 12 numbers below the line, and 12 only, which could have played a role in the substantial drop-off.  However, it could also be the case that the majority of voters only want to do the “bare minimum” in terms of filling out a ballot.

Voting above the line

Here are a few take outs:

If I had more time, I’d analyse the exact number of numbers per ballot (rather than the pseudo counting I have going on at the moment). I’d also convert ATL votes into BTL votes, which would then allow preference flow simulations to see exactly which votes ended up making the quota for the 12 NSW Senators we elected. But alas, too much data and too little time on my hands 🙂 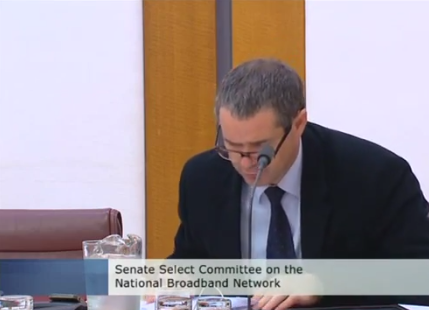