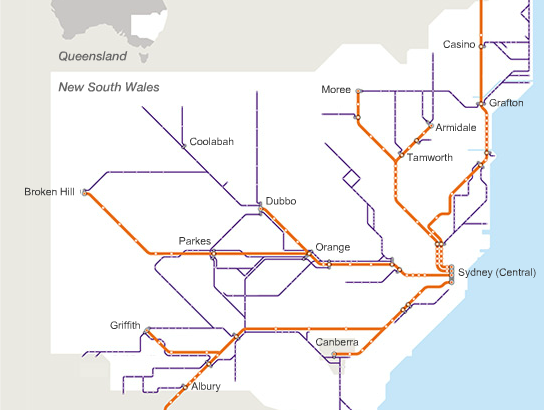 If you live in or travel frequently to regional NSW, one way to travel to and from Sydney is to ride on one of NSW TrainLink’s regional train or coach services.  Services may be sparse and are still rarely packed.  North Coast services are a bit lengthy compared with a road trip on the Pacific Highway, but fares are generally cheaper than fuel for one person.

This week, I travelled home to Taree on the Grafton XPT NSW TrainLink service from Sydney (Central) – the trip took 5.5 hours and cost $46.80 – one way.  But on the way up to Taree, stopping by Broadmeadow and Dungog, I realised that there is potential to save even more!

If I swapped out part of my journey to use regular Intercity TrainLink services (the ones within the Opal network), I can potentially save around 70% of a regular one-way ticket.  A single one-way trip from Sydney to Taree costs $46.80, where as a single one-way trip from Broadmeadow to Taree costs $25.02.  Further shortening the trip from Dungog to Taree only costs $18.56.  Compare that cost difference with the maximum train fare on an Opal card which is $8.30 (peak) or $5.81 (off-peak).

This could mean your $46.80 fare could be reduced almost by half to $24.37 (Sydney to Dungog on Intercity services, Dungog to Taree on Regional services).  The deal is even better if you’ve reached your weekly travel reward cap of 8 journeys or travel on a Sunday when Opal fares are capped at $2.50 – where the minimum cost would be $18.56 and $21.06 respectively.

So, if you don’t mind waiting at a station to change trains, you could save over half of your transport costs travelling to regional NSW.

END_OF_DOCUMENT_TOKEN_TO_BE_REPLACED 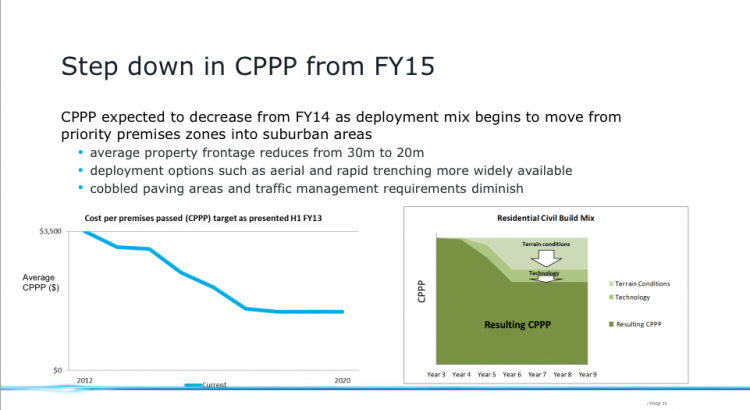 School chaplaincy program continued at a cost of $243.5 million over five years

The school chaplaincy program has been controversial, to say the least, since it’s conception. Why do we, in a secular society, fund for exclusively Christian spiritual advisory roles in schools.

This is not at all, a criticism of the work that chaplains do in schools. In fact, I believe they do play an important role in the wellbeing of students in schools — not only spiritually, but also socially and emotionally.

But is it conceptually right to enforce Christianity in a secular state? The Australian Government, unlike our British origins, is secular — meaning, not associated with religion or spiritual matters. As the Abbott Government extends funding to the program that required substantial law change as it was found “constitutionally invalid”, I find myself questioning yet again… why is it funding for school chaplains — why is it not a generic funding for “spiritual” or “emotional” advisors, in which chaplains would fit the role in.

We might live in the 21st century, but homophobia still forms a fundamental part of society — be it subliminal or deliberate. As are homophobic slurs, which seem to just flow out of mouths of most youths these days.

You know what I mean? “Gay this, gay that.” “Fag this, queer that.”. People are repeating these words like it’s about to run out of fashion. Is this really part of the Australian culture?

I don’t normally follow the NRL (nor the AFL for that matter), but recent developments have really caught my attention. Primarily after my research into the repeal of Section 18C, I’ve come to realise that rules against bullying, discrimination or bigotry in general is quite strict in the sporting codes. In fact, I’d go as far as to say that those two sports could in fact be the safest association for minorities to be “protected” from discrimination.

This is why when Mitchell Moses made the homophobic slur last week, which was caught on the referee mic, I was quite surprised it got the attention it did. While I’m not advocating or encouraging these slurs in any way, I do of course acknowledge that people do “slip up”. Perhaps being a carer debut, this slip up could be considered really bad timing.

Of course, you’ll have your naysayers, like “journalist” Miranda Devine wrote her ironicly offensive and completely missing-the-point article “NRL bosses are totally gay” to explain that in fact, what Moses said was not a homophobic slur! Wait, what? A homophobic slur was in fact… not homophobic at all? You have me dumbfounded. Let’s hear from the women herself:

“Gay” no longer just means “homosexual”. The word has changed meaning over the last decade. Young people use “gay” to mean lame, or dumb or stupid, as in: “That’s so gay.”

In my honest opinion, that’s the dumbest piece of crap I’ve ever read.

The only reason why the word “gay” is used in the derogatory manner it is today is because of the word’s meaning of homosexuality. The phrase “that’s so gay” does not directly translate to “that’s so dumb”. It’s because “young people” (as Miranda puts it) think homosexuality is unacceptable, something that should be challenged or humiliated for. The use of these words in the manner they’re expressed is the result of homophobic attitudes, full stop.

Before you start redefining the English language, Miranda, I remind you that I am a “young” person. I’m not gay, I would consider myself quite straight on the spectrum. I certainly do not agree with what Moses had said. I’m not in the position to comment on his personality, as I don’t know him at all! He might well be supportive of the LGBTIQ community… but if the NRL did not respond to those comments, it’s putting out a message that those comments are acceptable and tolerated in society. He is, I believe, the first of many martyrs in this growing movement against homophobic intolerance in sport.

The moment role models start using these slurs and “journalists” start believing that it’s “acceptable”… you seriously start to wonder the integrity of Australian culture. Mateship? Fair go for all? Nah, just a growing homophobic epidemic.