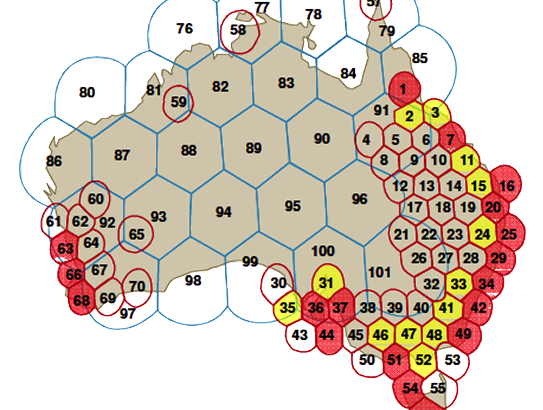 Remote customers advised to wait until Long Term Satellite launch in the second quarter of 2016.

The company responsible for building the National Broadband Network, nbn, has updated their public website this afternoon — informing customers wishing to connect to their current Interim Satellite Solution (ISS) and the nbn™ Satellite Support Scheme (NSS) that it will cease accepting new orders for both services on November 15th, 2015.  nbn will also cease installation of new equipment from December 15th, 2015.

This comes as the first NBN satellite, Sky Muster, successfully launched at the start of this month and is expected to commence commercial services in the second quarter of 2016.

The company has advised would-be customers of the ISS and NSS that after the cease-sale dates for both services:

[…] you will need to wait for the launch of our Long Term Satellite services expected in the second quarter of 2016 and then connect your retail service provider.

The Interim Satellite Solution (ISS) was a temporary service set-up to replace the existing Australian Broadband Guarantee (ABG) while the new NBN satellites were being designed and launched.  The service, which uses existing satellite capacity on Optus and IPStar satellites, reached its maximum capacity of 48,000 customers in mid-December 2013 when it saw higher-than-anticipated take-up and use — leading to a serious congestion during peak periods.  The company had since implemented a number of changes, including enforced data caps, to prevent service abuse.  The service was opened up to an additional 9,000 activations in April 2014.

The new Long Term Satellite (LTS) significantly upgrades the existing satellite services on both the ISS and NSS, and is designed to deliver speeds of up to 25 Mbps download and up to 5 Mbps upload to customers in remote and regional Australia.